The perfect family vacation in Australia 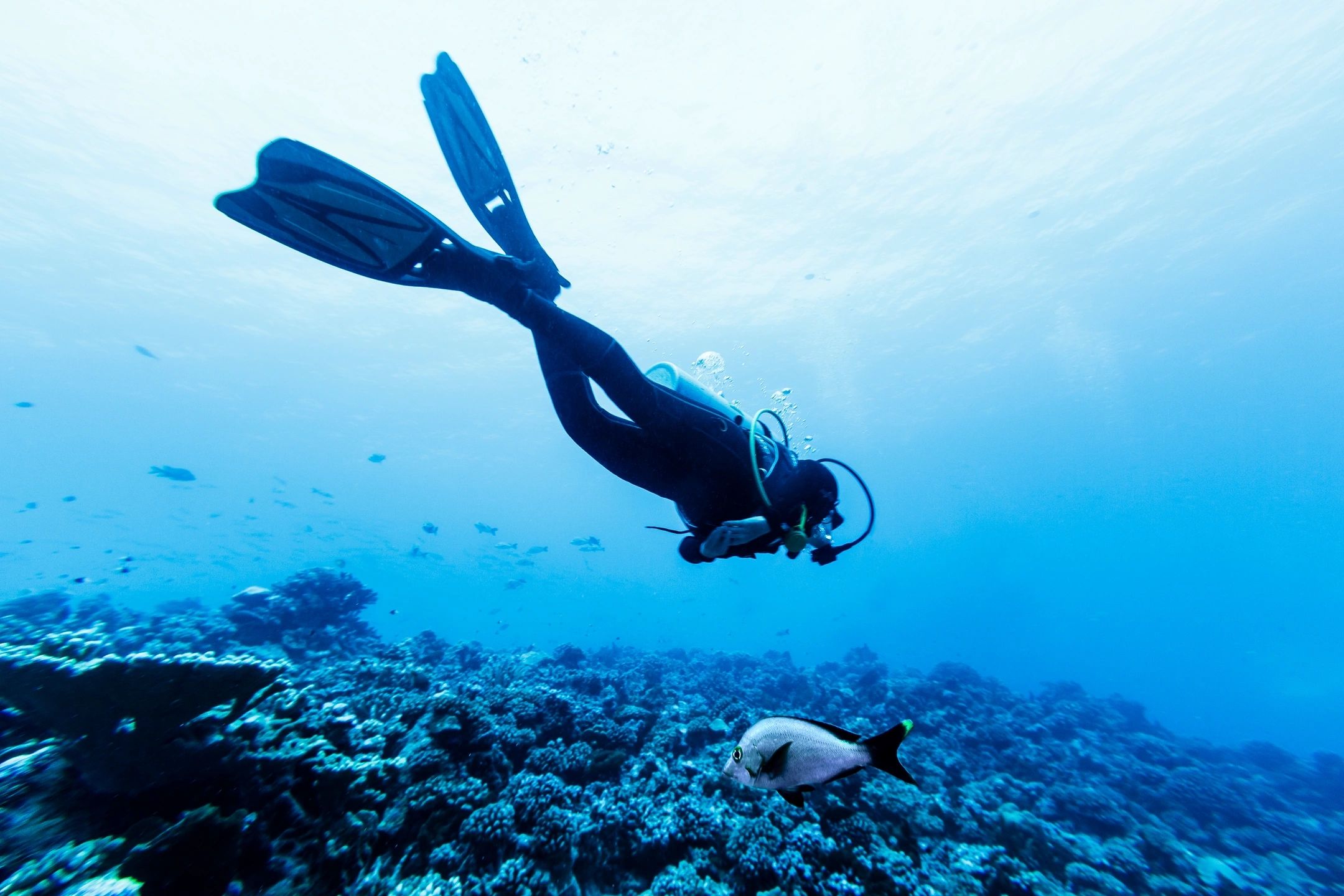 It’s official. I have a new favorite city. Sydney. My son is studying at the University of Sydney and it gave us a great excuse to take a family trip. I dreaded the 15-hour nonstop plane flight, but my traveling companions (Xanax and wine) ensured that it was tolerable (I slept the whole way).  We packed a lot into our 10 day trip, but here are my Top 10 Things to Do in Australia!

(I’ll apologize in advance for all the photos! You’re welcome to come sit in my living room and watch the full slideshow on the big screen 🙂 )

My Top 10 Things to Do in Australia

I won’t lie, it’s my new favorite beach beating out places in the Caribbean and on the Med. Beautiful white sand beaches surrounded by rocky cliffs and luxury homes I’ll never be able to afford. And did I mention the yummy fish n’ chips served at the beachside shacks? This is the Miami of Sydney – where the beautiful people hang out.

2. Diving/snorkeling at the Great Barrier Reef
Not gonna lie, I don’t love diving. Here’s how my last experience went: Cozumel, Beth, cave, nose-to-nose with 300-pound grouper, a loud scream, coughing, gagging…I think you get the picture. Needless to say my money didn’t go far on that dive and I still credit the divemaster with saving me from the bends holding me by the feet as I rushed to ascend.

So this trip was as much of a bucket list item as it was a mental test of mind over matter. Could I do it again after that experience that still gives me nightmares?

As the trip planner extraordinaire, I had carefully researched and selected the perfect dive group to take us on our adventure of a lifetime. We had to sign our life away in liability jargon and complete medical forms. That’s when tragedy struck. My daughter checked the box that she has asthma. Just as I was about to tell her to scratch it out and check “no”, I looked up to see a video playing about the importance of being honest in completing the forms and suddenly my mother was on my right shoulder telling me to do the right thing. Then the divemaster uttered those fateful three words, “She can’t dive.” What? She had endured the 24+ hour plane trip just for this experience. She was devastated. Apparently, the rules prohibit her from diving without a doctor’s note (couldn’t they have told me this when I booked the trip weeks earlier?).  In defense of the dive group, I understand the need for and support the rule. Read on…it worked out for the best.

So I left my seasick, teary-eyed daughter while I went out on the first dive. There were four people in our group and the divemaster wanted to test out some pretty basic skills underwater, one which included taking off your regulator and putting it back in your mouth while getting rid of the excess water. I knew how to do it but my nerves got the best of me and I took a huge gulp of water and immediately gave him the thumbs up indicating I needed to go to the top. We were only a few feet down at this point. As soon as my head was above water, I was gagging and coughing and creating quite a scene, I’m ashamed to say. Despite my earlier tirade with this guy, he was so patient and pleaded with me to try it again. And that mind over matter thing kicked into high gear, and I went back down and completed the test with no problems. Linked arm in arm with my son, we went down to the reef and it was pretty freaking amazing. We mugged for the underwater photographer – can I just stop and say that has to be the coolest job ever!  I want to be an underwater photographer when I grow up!

After the dive, I found that my daughter had gone snorkeling so I was happy she didn’t choose to spend her time sulking on deck. An hour later, the guys decided to go on another dive and I convinced Lyndsey, who was still pissy about the whole experience, to go snorkeling with me. We found a steep wall of the reef and I have to say, what we saw on that part of the reef was better than anything I had seen on the dive. So it all worked out in the end. My advice: Don’t pay for the expensive dive. Snorkel. The scenery is the same and you can be more flexible.

3. Featherdale Wildlife Park
This was, as my daughter puts it, “a life-changing experience.” We took selfies with kangaroos and koalas! Obviously, Australia is not the litigious society that the U.S. has become because it was a freaking petting zoo with wild kangaroos and koalas. We saw wombats (which I have since learned poop squares, sorry no photos), dingos (“Maybe a dingo ate your baby”), real bats, and tons more species unique to Australia.

4. The Rocks
Sadly, I don’t have any photos as it was our first day in Sydney and the jet lag got the best of me. But trust me – spend an afternoon or evening there. It has a very cool vibe. We were there on a Sunday and there was a cool little street market with some interesting finds.

5. Sydney Harbour Quay
Yeh, it’s a beautiful area of the harbor but we had more fun debating over how to pronounce the word “quay”. My Aussie son insists it’s “key”. I thought it should be “cay”. So I consulted my favorite knowitall, dictionary.com, to find this: noun \ˈkē, ˈkā, ˈkwā\. Whatevs. When there’s nothing else to do, it’s the perfect place to stroll, people watch, grab lunch at a dockside cafe, or hop a ferry to Manly Beach.

6. Royal Botanic Garden
Not going to lie. When I travel, I love to find the local park or gardens to just chill for an hour or so (or nap) while hoofing it through tourist land. (When we lived in Italy and traveled to Rome, I would take the comforter from our hotel to the Borghese Gardens and just lie in the grass every afternoon. Or ask my husband about the time we arrived in Paris early morning and I took a rather lengthy nap at the Luxembourg Gardens. I digress…)  The Royal Botanic Garden did not disappoint! Aside from beautifully manicured (and labeled) foliage, there were some pretty interesting statues that make you go “hmmm.”  And it was the soft kind of grass, perfect for napping.

7. Opera house
You’ve seen it. It looks the same in every photo. But it’s one of those “check it off the list” items when visiting Sydney. The story behind the architect is pretty interesting (or not, because I don’t remember the gist of it) but it’s a spectacle none the less. Sign up early if you want a tour!

8. Westfield Mall
Let me just start by saying, I am NOT a shopper. I don’t like malls and I certainly don’t visit malls when I’m traveling. But this one just happened to be near our hotel, Mantra 2 Bond Street, and has a few great restaurants. It’s a beautiful luxury mall if you find yourself with an afternoon sans a tourist agenda. One evening, we dined at an Asian restaurant where we ordered “pork balls” hoping for dumplings but once they arrived, we weren’t so sure. I’ll spare you the picture.

9. King Street
This is the street in Newtown where the University of Sydney kids hang out. And when my son is not surfing, you can find him here. It’s your typical college strip with an alarming number of cheap Thai restaurants. It’s apparently Sydney’s melting pot because you could literally eat your way through the world in just a few blocks (note to self: spend 3 days here next time). Despite embarking on a new vegan diet , the late night and jet lag led me directly to Moo where I had the most awesome grass-fed burger ever! And following the footsteps of my son’s college life, we stopped at Doughnut Time, where I did opt for the pistachio vegan donut!

Blisters, on my feet and back, that were worth the experience. I already told you how breathtakingly beautiful Bondi Beach is and this walk along the cliffs, passing through three popular beaches, is a definite must! It reminded me a bit of the Cinque Terre in Italy (another must do) as we walked high along the cliffs hovering over the coastline. I’m not gonna lie, it was otherworldly.

My boys stopped for a few friendly competitions along the way.

Sadly, Manly Beach didn’t make my list, although I’ve heard others say it is beautiful. Blame it on the weather. It was cool and breezy and not a great beach day so my impression is a bit skewed. My son swears it’s a great place but I think the weather put a real damper on it. We did have some pretty awesome tacos on the boardwalk though!

Despite dreading this trip, it turned out to be one of the best of my life. Oddly, it’s always the trips I’m least excited about that end up being the most fun. As a family, we made memories that we will never forget.