My Week as a Faux Celebrity 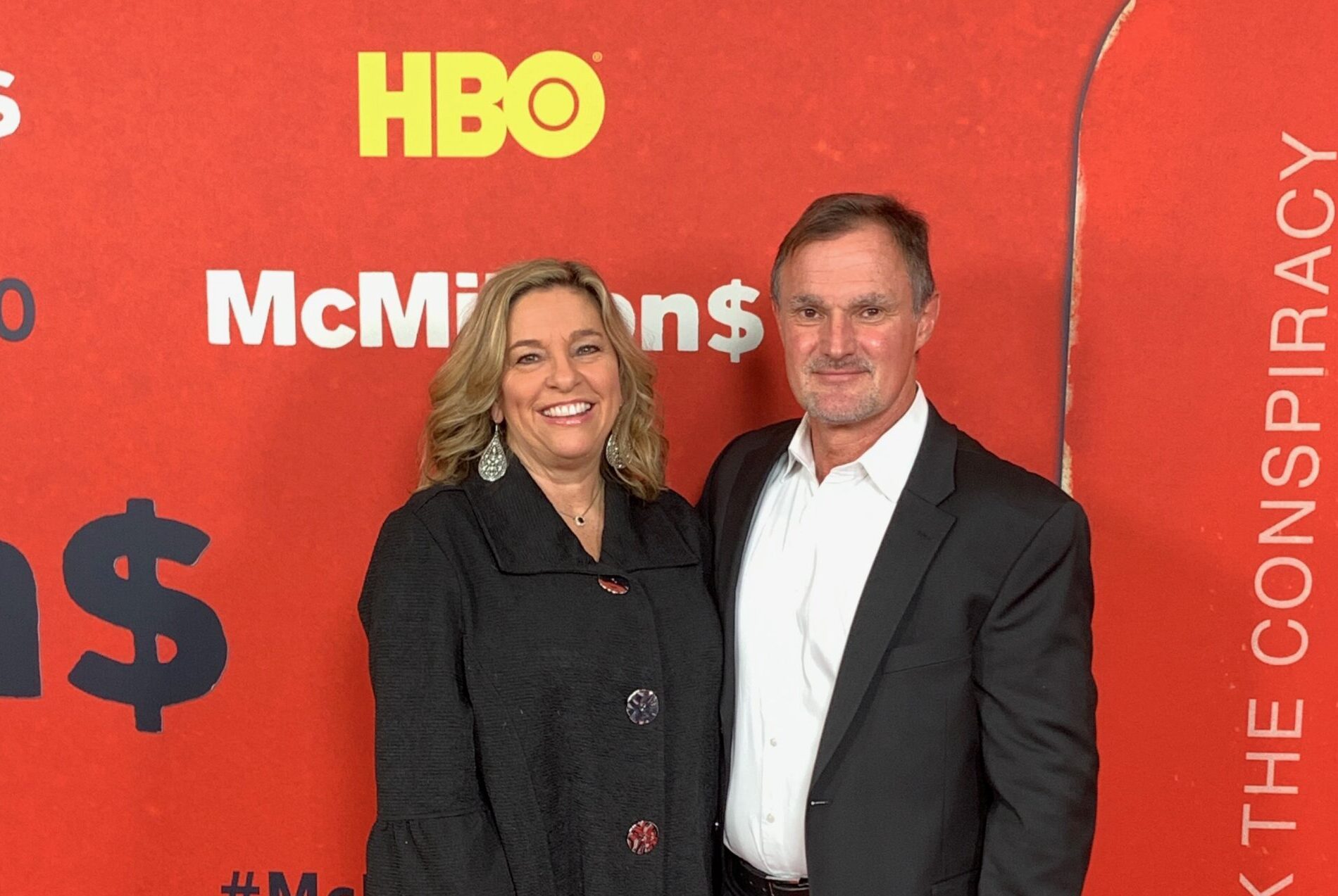 I recently spent a week as a faux celebrity. Sundance Film Festival, walking the red carpet in Los Angeles, meeting Marky Mark, lights, camera, action! It was exhausting but oh so fun! How did I get there? My husband, a former FBI agent, appeared in the HBO documentary McMillion$. It was a total twist of fate that we happened to be living in California at the time so he was able to spend a lot of quality time with the directors. Talk about friends in high places!

Almost two years later, the documentary series was complete and we were invited to participate in the premiere festivities. Naturally, my first thought was, “What will I wear?” Second? “Should I get liposuction?” LOL!

Fortunately, first on the itinerary was the Sundance Film Festival which tends to be quite casual. I had never attended and really never knew what to expect, but I can assure you this spectacle will be on my annual calendar! It was such a blast. The different movie studios rent out restaurants, bars, and venues and host all-day premiere parties. People, open bars, live music, entertainment, and such excitement! The money these studios invest in getting the public excited about a film or project is amazing! We had a “driver” who picked us up in a black SUV (Kardashian-esque) and shuttled us from party to party. Good thing! Daydrinking is exhausting! And the team behind the documentary – from the directors to the executives to the crew – were incredibly congenial to us little people.

The actual premiere, the first time we would see the show, was filled with anticipation. We were so anxious to see what an audience thought of the story so watching it alongside hundreds of others was exciting. I was taken to the proverbial green room and my husband was whisked away to greet the media and shoot photos on the red carpet. (Sad face that I didn’t get to participate in this.) I felt as invested in this piece as the directors did. I mean, my husband’s face was front and center. So we all breathed a sigh of relief when the audience laughed throughout the first episode, and then stuck around for a second and third episode. They were hooked! My husband was invited on stage after the premiere for a Q&A session and became an instant celebrity. I couldn’t believe how many people were coming up to him after the events and asking to have their picture taken with him. I was just his hanger-on, his ball and chain, his groupie. He remained his usual, humble self.

Next stop – Los Angeles! Never mind that we were incredibly exhausted from a week of partying and day drinking. We had to do it all over again in Hollywood! This was the real deal, the Hollywood red carpet and celebrities. Mark Wahlberg produced the series and I had made it my mission to get a photo with him. The president of his production company turned out to be just the greatest guy in the world, someone we hung out with at Sundance, and he knew my celebrity crush so he immediately made it happen. Mark chatted with my husband and seemed genuinely interested in his role in this case. I was able to get a few shots with my husband on the red carpet before he was once again whisked away for the cameras. Again, I stood behind the velvet ropes, the groupie, the dutiful wife. There was an elaborate after party, complete with hamburgers and french fries, and again, my husband on display for photo opps. True confession: being a celebrity (even a faux one) is exhausting. I wandered off and found a quiet room where I kicked off my heels and enjoyed my wine with some peace and quiet. My husband stayed for the cameras.

Once the show premiered, the emails, texts, and private messages began. Not only to my husband, but to me, and my kids. “Is that your dad in that HBO show?” “What’s it like being married to an FBI agent?” People came out of the woodwork.

It’s been a wild ride and the experience of a lifetime. If you haven’t watched the show, it appears to be a hit and a hoot! As for me? I’ll be waiting by the phone for Marky Mark to call. 🙂